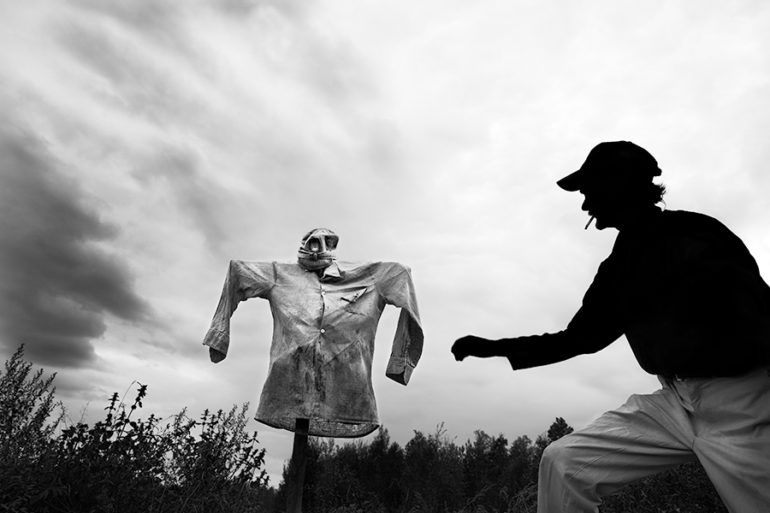 Old estates nestled in the Polish landscape are places marked by tragedy. First, right after the war, if the estates were nationalized people lost their country and patrimony, they were expelled from their homes and the family interest in the estate was eradicated; half a century later, the structural collapse of these estates brought the occupants equal amounts of poverty, feelings of harm, and a sense of exclusion from others. As much as manors, for centuries, symbolized the Polish character by maintaining tradition and the strong bond with the land, State Farms – newly created, squatting on their ruins during communism times – symbolized the victory of the regime in the country side; what is left after State Farms has become a symbol of our times.

How is one to present this forgotten realm so that you decidedly want to know it? Being a vast territory, inhabited hundreds of thousand people, it can interest us, move us, or surprise, not with large numbers – which in spite of being true – sound empty, but only with individual drama and detail. This is how to capture this place, by tender, forming a whole that draws and perturbs.