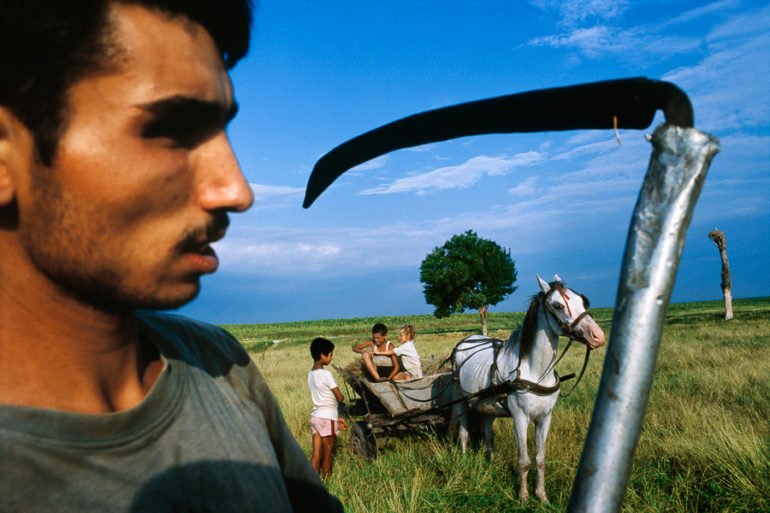 Traditionally perceived as strangers, surrounded by distrust, or even despite, they have always existed as isolated groups on the margins of developing European communities – even though their contribution to the general cultural heritage, especially in music, dance and various handicrafts, is unquestionable.

My intention was to tell, in visual language, the history of a stateless nation, dispersed throughout the almost entire world and establishing, wherever it settles down, vivid and unique communities. Their customs, traditions and ways of life are little known to the rest of the world. I have tried to make a plea for tolerance towards those whose life-styles, religion and rituals differ from our own.