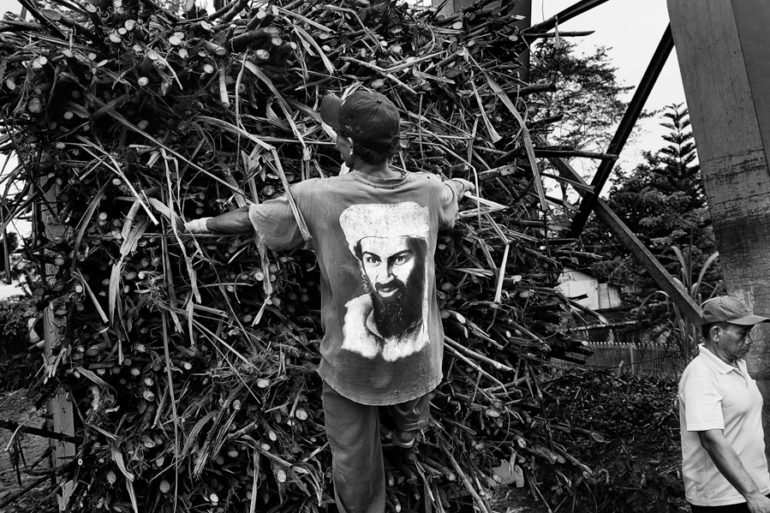 I travelled to Java in Indonesia to document sugar production there.  I was one of 6 photographers who were commissioned by the Dutch organization Noorderlicht to produce “The Sweet and Sour Story of Sugar”. The project examines globalization by looking at the sugar industry in the Netherlands and its former colonies. It was like taking a trip into the past. I found myself surrounded by steam machinery and archaic tools that had been brought over by Dutch workers 100 years before.  Much of it was broken.  Workers walked around me insidethe factory barefoot.  There were no safety clothes and I was able to walk freely, never once being told I couldn’t take photographs. Despite the chaos of old machinery and the sticky and humid temperaturesof more than 100 degrees, sugar production at the factory went unimpeded. It was a good lesson for me to remember. Never judge something by the way it looks.